Big Tine would like to congratulate the Giarrizzo brothers of Tag N’ Brag on their successful whitetail hunt in North Dakota last week. Both in velvet, David tagged out on September 3rd with a stud 10-point and Dean tagged out September 4th on a gorgeous 11-point.

“Still pinching myself and on Cloud Nine. What a way to start the season with another North Dakota tag punched…Honestly, both bucks were all about the Big Tine,” said David Giarrizo of Tag N’ Brag.

Leading up to their success, the guys made several trips to North Dakota to scout and prep the property for the early season. With the vast, open terrain of North Dakota, Big Tine 30-06 and Protein Plus allowed Dean and David to create checkpoints where the deer could feed throughout the day. Big Tine 30-06 is formulated to be easily digested, enhance growth, development, overall health, and longevity of whitetails. This blend uses the powerful attraction of Cherry Rush to bring deer in quick and hold them on the property. Big Tine Protein Plus is packed with more minerals, more cherry flavor, and more protein than the basic 30-06 formula. An abundance of protein and minerals is key to maximize antler development.

“We’ve found that once they find it, they pattern to it pretty quick. We start seeing consistent trail camera photos once they’ve had a taste,” they said.

Team Tag N’ Brag set up Big Tine 30-06 and Protein Plus in between known bedding areas and destination food sources to create patterns where they would be able to hunt them since time was limited. That strategy during this time of the year worked well because the deer are consuming more nutrients for the rut. Bucks love the Protein Plus!

Using Big Tine, the boys were able to pull David’s buck off a neighboring property during daylight, allowing him to get a shot. When it came to Dean’s buck, once he found a checkpoint with 30-06 and Protein Plus, he didn’t want to leave. Whenever they replenished a pile, he would be on their trail camera at all hours of the night. Eventually, he made a few appearances in daylight allowing Dean to pattern him and take the final shot. 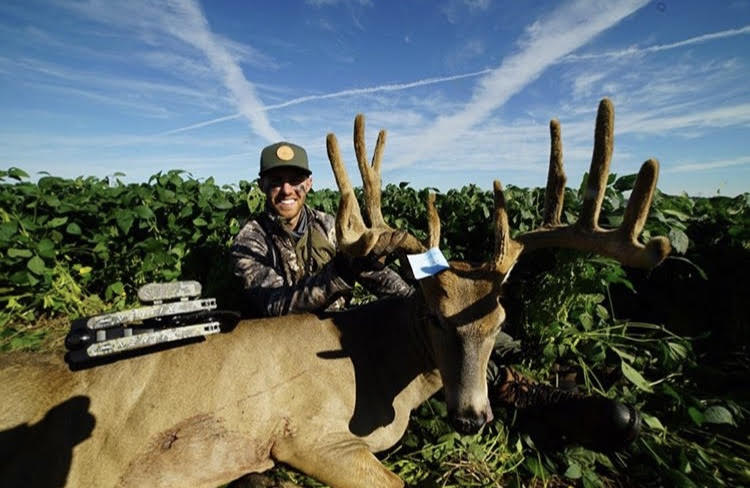 Tag N’ Brag mentioned, “There was a lot more corn this year than years past. Crops change each year on each property, so it’s almost like starting over year after year to figure them out. That’s why Big Tine is such a huge tool for us. No matter what crops are out there, if we’ve got a bedding area pegged down and can get Big Tine in between that and the crop, we can normally find deer pretty quick.”