You have to be able to see the overall picture in order to Get Better Whitetail Results. Everyone wants the secret to growing bigger, better bucks, but what if you could kill two birds with one stone this shed season? Or easily find a matched set using Blake Garrett’s supplemental feeding tactic? You won’t want to overlook this one… 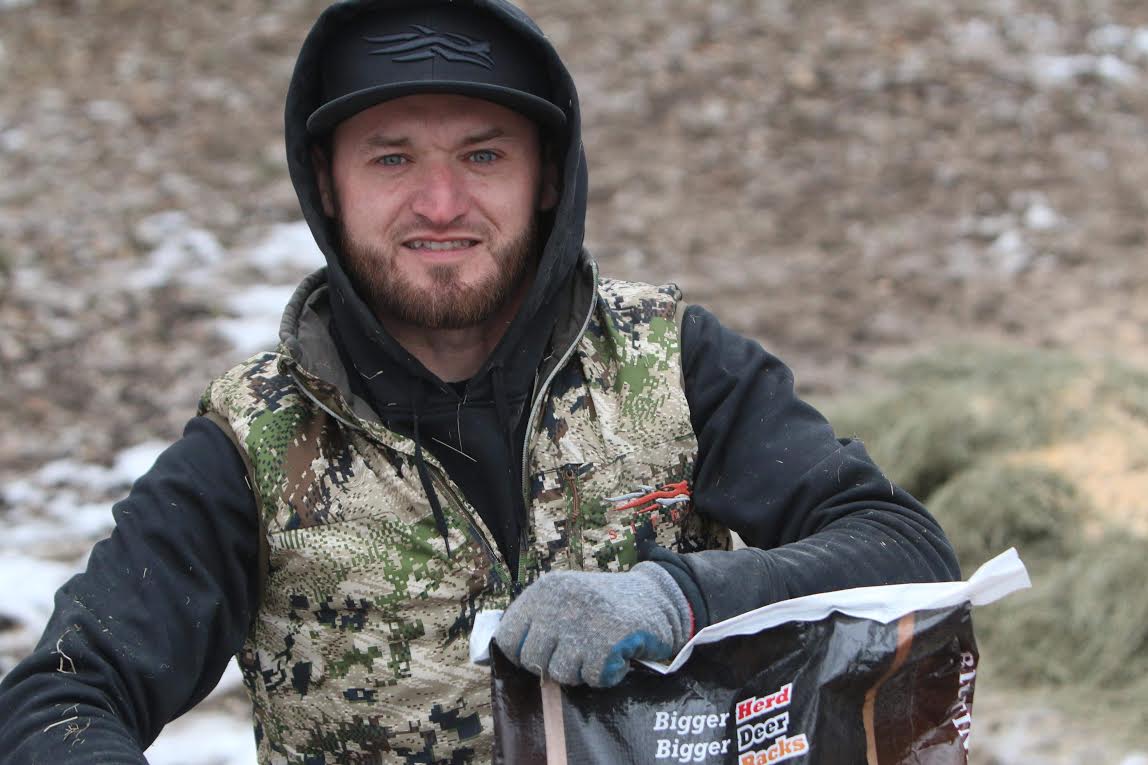 During the long midwest winter, protein and calcium are crucial for regaining muscle and the growth of antlers. Even though your focus is on finding antlers that grew last season, this is the perfect time to consider what you could do to help the growth of the coming years set.

Whitetails require a daily intake of 12-16 percent protein in order to meet their prime bone and muscle development. “Growing antlers are composed mostly of proteins; whereas hardened antlers contain roughly equal amounts of proteins and minerals. Studies have shown that calcium and phosphorus are by far the two most common minerals in deer antlers, comprising 30-35 percent of the mature antler by weight,” says The Quality Deer Management Association.  Calcium and phosphorus provided by the body system of the whitetail itself is only A PORTION of what is needed for optimal antler growth. The remaining requirements come from their diet during the active growth stages (from late March to early August). 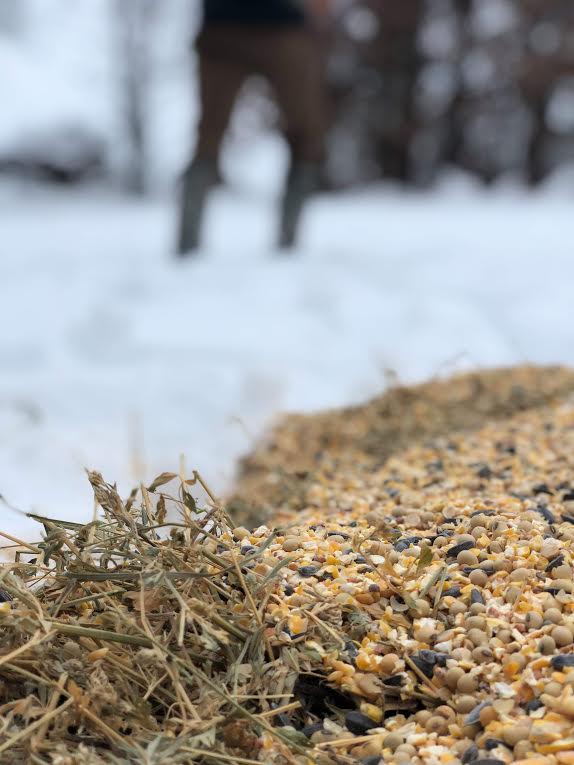 Blake Garrett of Unfiltered Outdoors knows that it is imperative to focus on the health and nutritional needs of whitetails in order to get results. By providing a supplemental food source, such as Big Tine’s Protein Plus, he knows he is aiding his whitetail population in antler growth, weight gain, and enhanced immune response, decreased mortality, reproduction/pregnancy, lactation/nursing, and fawn survival. The way he sees it, if he can find sheds while providing bucks with the health and nutrition necessary to go into new antler growth, it’s a win-win.

Blake lays a half bale of alfalfa down at a feeding site, using it as a base. He then pours Big Tine Protein Plus over the top. This keeps the Protein plus dry and offers necessary high fiber and protein. “In my experience, they like it more when it’s on top of the snow,” he says. “I usually start this process in mid to late January until all bucks have dropped their antlers,” Blake says he usually waits to look for sheds until he has visible confirmation or trail camera pictures with proof that they have dropped. By using this supplemental feeding tactic, you can increase the likelihood of finding sheds. Blake claims he typically finds most sheds directly at the feeding site or within 200 yards of it. He works his way around it in a circle formation moving further out. 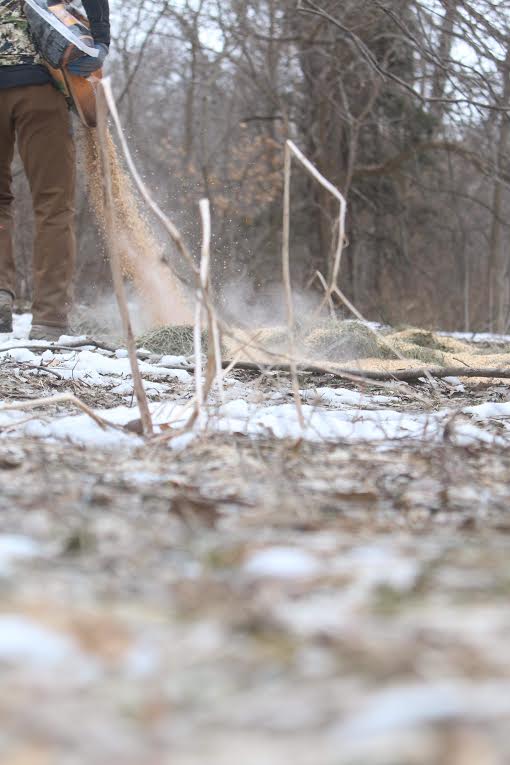 “I have one feed site at a 100-acre farm I hunt. On average, I usually go through 250 lbs of Protein Plus in a week or so. When it needs to be replenished, I’ll replenish 1/2 a bale of alfalfa with it…At that spot, I’ll find 8-10 sheds within 200 yards of the site,” Garrett said.

While you wait to find some sheds this season, consider using a feeding site with Big Tine. Not only will it increase the likelihood of you finding sheds, but it will provide your bucks with the nutrition they need going into the coming months of active antler growth. This will also benefit does during their pregnancy and increase the chances of fawn survival. Find Big Tine at a dealer near you!