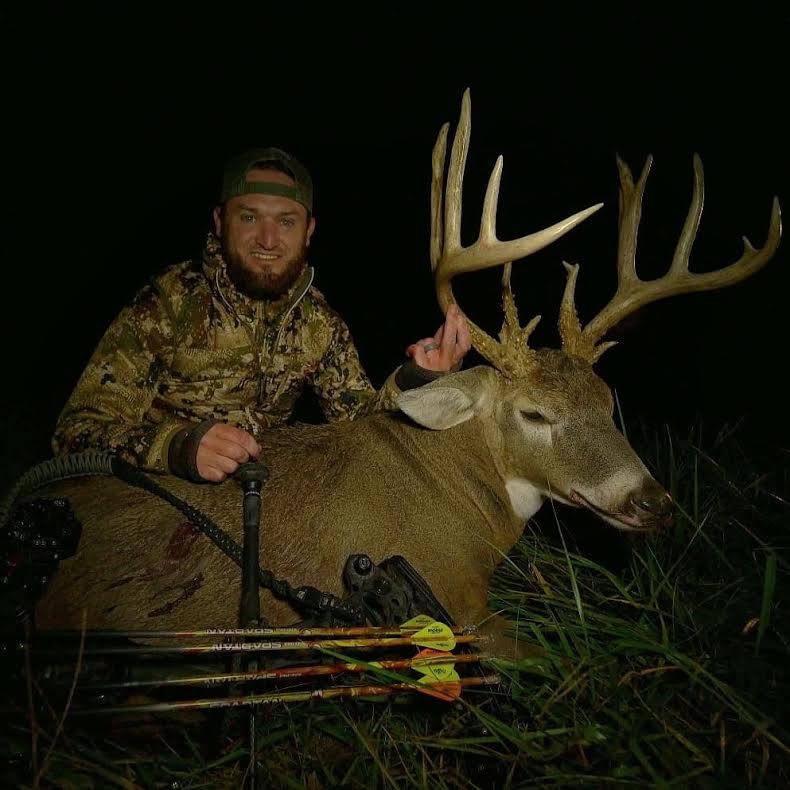 Blake Garrett of Unfiltered Outdoors cannot be stopped this season! I’m convinced that by the time this hunting season is over, I will have written my first biography based on his life. Another “congratulations” is in order! With his majestic mullet flapping in the crisp, cool October wind, Blake took down his third buck of the season. This 160” named Dirty hit the ground of a Missouri timber river bottom on October 15th, a year and a day after Blake’s last, almost fatal, encounter with the 6-year-old.

It wasn’t until May 2018 that Dirty made his first appearance. He didn’t reside on the property until the Big Tine Protein Plus started getting put out. “When we started feeding on that farm, that was when he came in for the first time,” Blake said. Come August, however, the feeding would stop. It wasn’t until early October 2018 that the real fun would begin when Dirty showed up on camera on a scrape. 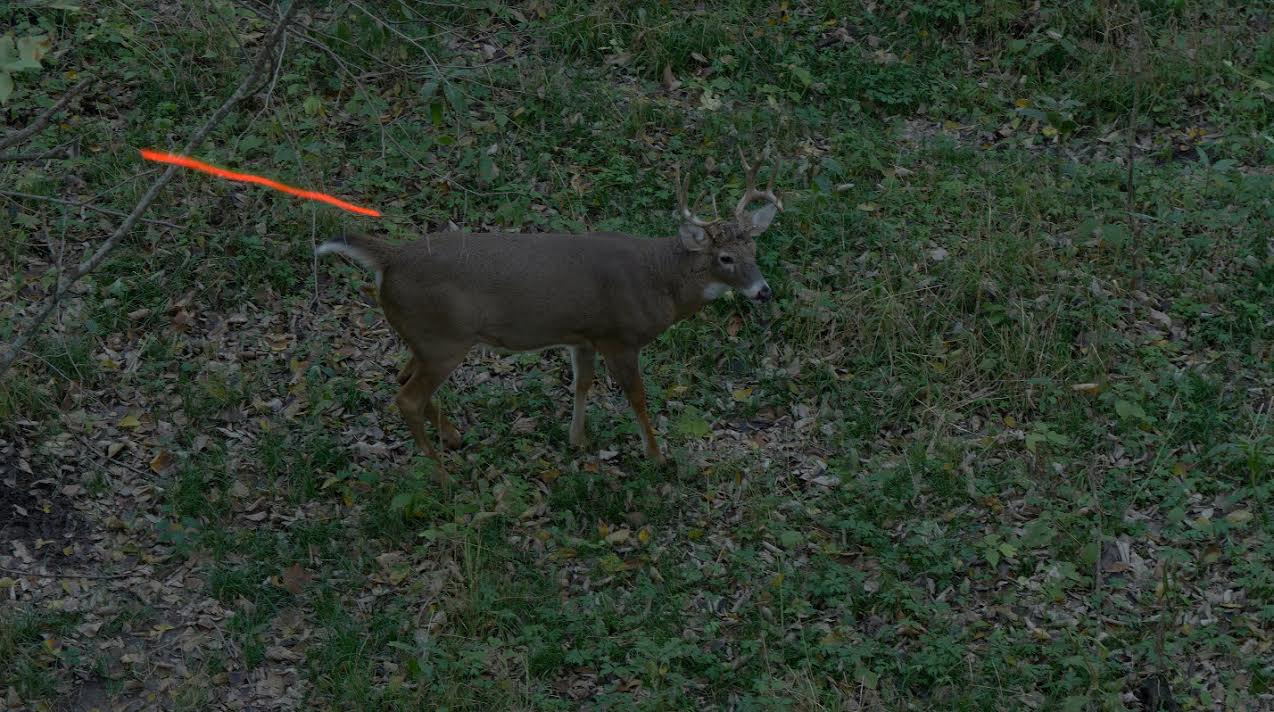 Blake waited for a north wind that would finally blow on October 14th, 2018 to sit a stand he had set in some timber where he had hinge-cut. Dirty arrived at the line of fire where Blake released an arrow that penetrated the buck. The tracking began after finding 5 inches of lung blood painted on his arrow along with a mechanical broadhead that had malfunctioned. Six hours later, Blake jumped him and he exited the farm, but the following day, there was Dirty was caught on camera coming back onto the farm. That was the last day Blake saw evidence of Dirty being alive.

Fast forward to May 2019, there was Dirty, munching on Big Tine. Dirty stuck around throughout the growing season, adding an extra 15-20 inches of antler living off of Big Tine Protein Plus and Mineral Block. Again, Blake shut down the feeding when August rolled around. Dirty then showed up on camera in early October once again, on the exact same scape as he did the previous year. On October 15th, a north wind hit, giving Blake his potential opportunity for redemption. It was from that exact same stand where Dirty would expire later that night. 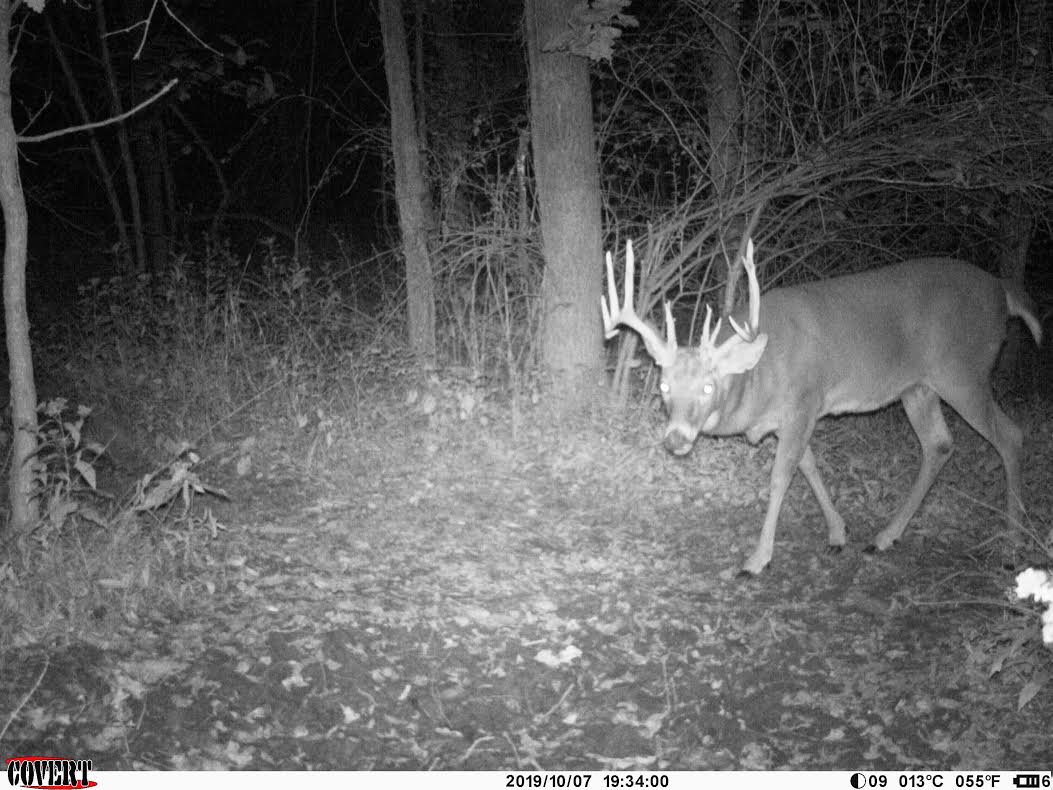 “Last night was the final chapter for this 6-year-old buck. 366 days ago I shot him at 18 yards and had a mechanical broadhead malfunction and not open. Needless to say, he survived the encounter but lost a lung and gained a lot of scar tissue. Even after being one lunged and surviving a hard winter, he got back on the Big Tine this summer and added about 15 inches of antler. Words can’t describe the feelings I have when it comes to being able to catch up with him a year and a day later. To top it off, I shot him out of the same tree I wounded him from in 2018. These animals never cease to amaze me! Playing the game of chess with this old warrior was amazing. He gave me some of the highest highs and the lowest lows,” he said. As Blake went to skin and butcher his buck, he noticed Dirty’s right lung was collapsed and fused to the rib cage! Talk about resilient!

Surprisingly, Blake still has tags left! Up next, he’s heading to Nebraska for antelope, muley or whitetail, Missouri for another whitetail after November 16th, and to South Dakota for more whitetail. I don’t think we need to wish him luck. He seems to have plenty of it! 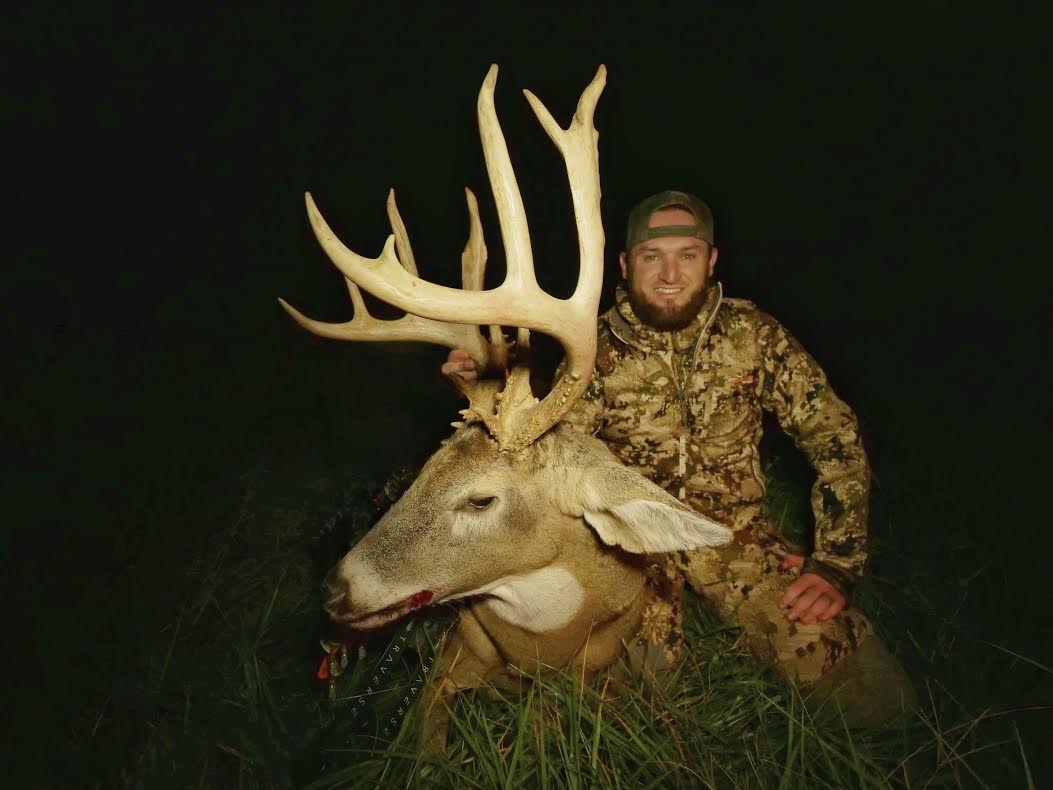